NAC Preservation in Central Tumor of the Breast with Vertical Pattern

The preservation of NAC in central tumors of the breast is conditioned by the vascular viability of this anatomical part. Tumor resection in the central region of the breast limits vascularization from the intercostal perforating arteries and therefore the vascularization of the NAC is fully supported by the subdermal plexus. This subdermal plexus is formed by the confluence of the internal and axillary mammary vessels as it converges in the central region of the breast. The objective of the surgeon is to plan a vascular flap that preserves the irrigation of the NAC and, at the same time, an adequate oncological resection. 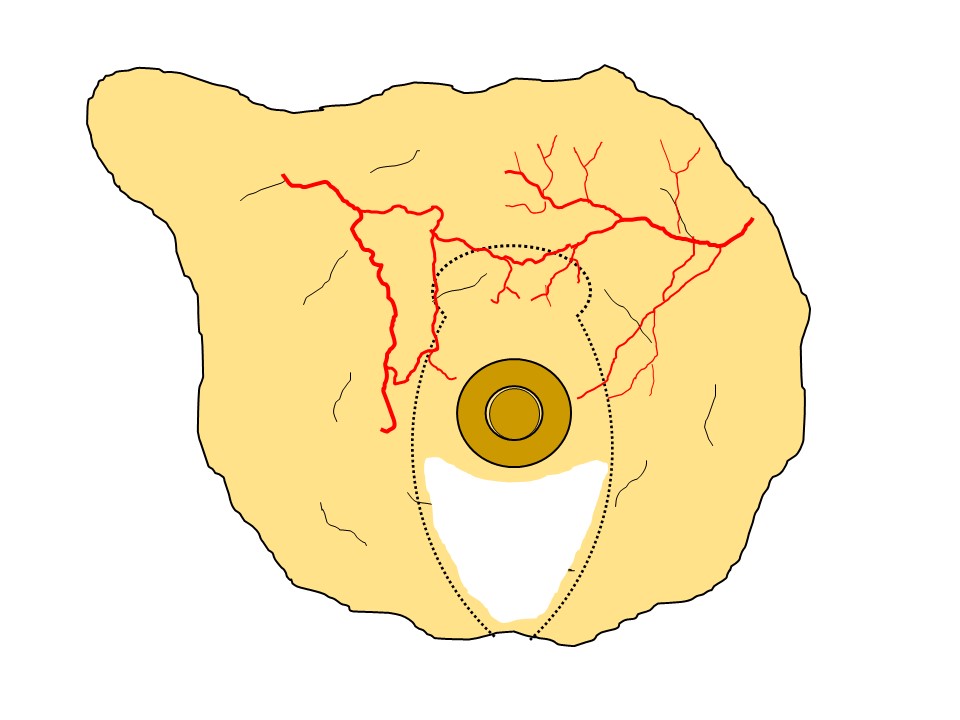