This flap is comprised of the skin of the upper abdominal region, the hypochondrium, which, after being released from the abdominal wall, is mobilized cephalically toward the thorax. Its use in oncological surgery provides coverage of large defects in the thorax after extensive mastectomies or exeresis of sarcomas in the thoracic wall. Usually, it is possible to close defects measuring up to 15 cm. In order to do so, however, it is necessary for the patient to have abundant abdominal tissue and, consequently, this procedure is not indicated in very thin women. During dissection, the surgeon releases the subcutaneous abdominal tissue at the prefascial plane while attempting to preserve as many posterior intercostal and epigastric perforators as possible. It is generally necessary to dissect up to the umbilical region in order to guarantee good mobilization of this flap. The tension of the closure can be reduced by simultaneously detaching the upper surgical edge to the clavicle. It is a flap with low degree of complexity and good vascularization thanks to the anteromedial intercostal and epigastric perforating branches and the arterial system of the groin (see Video). 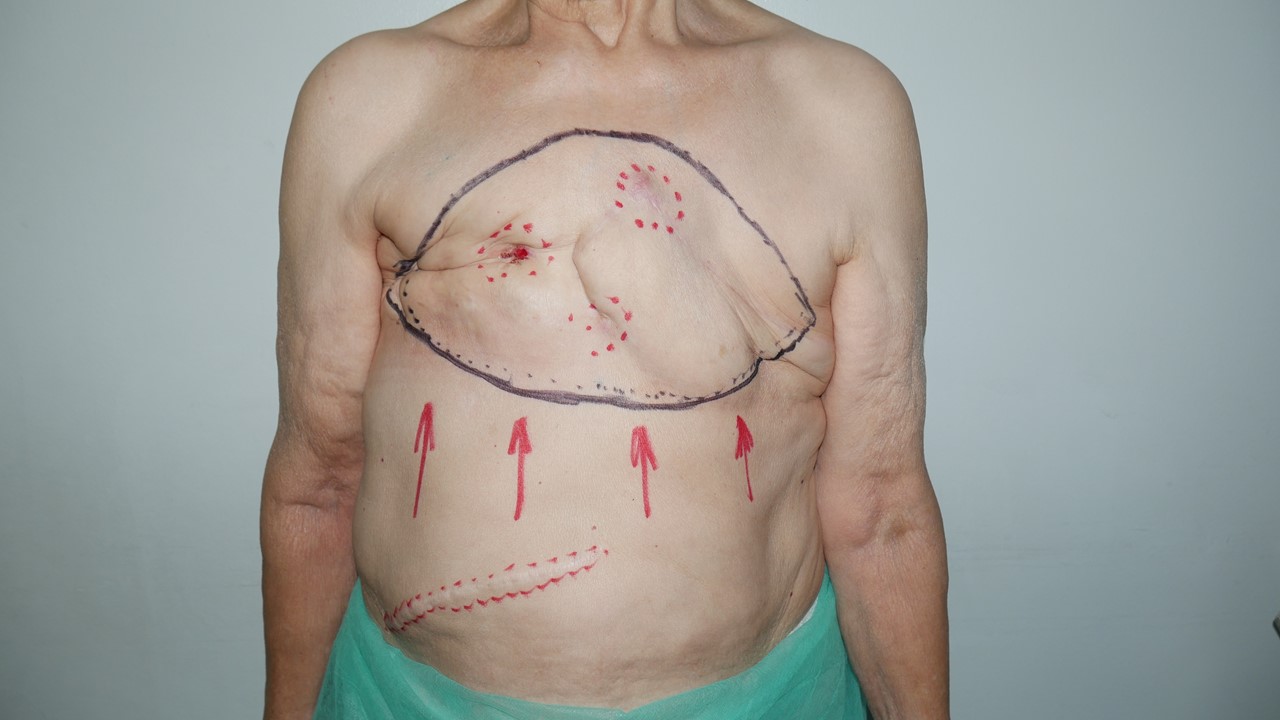 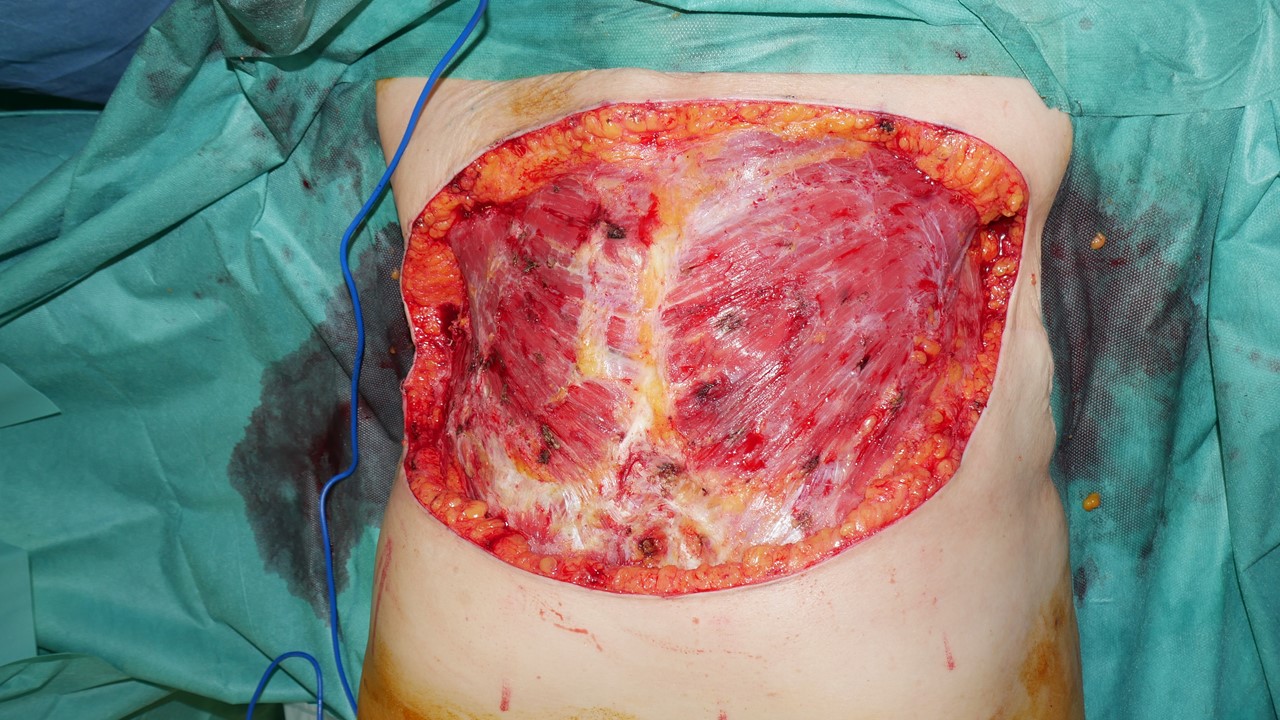 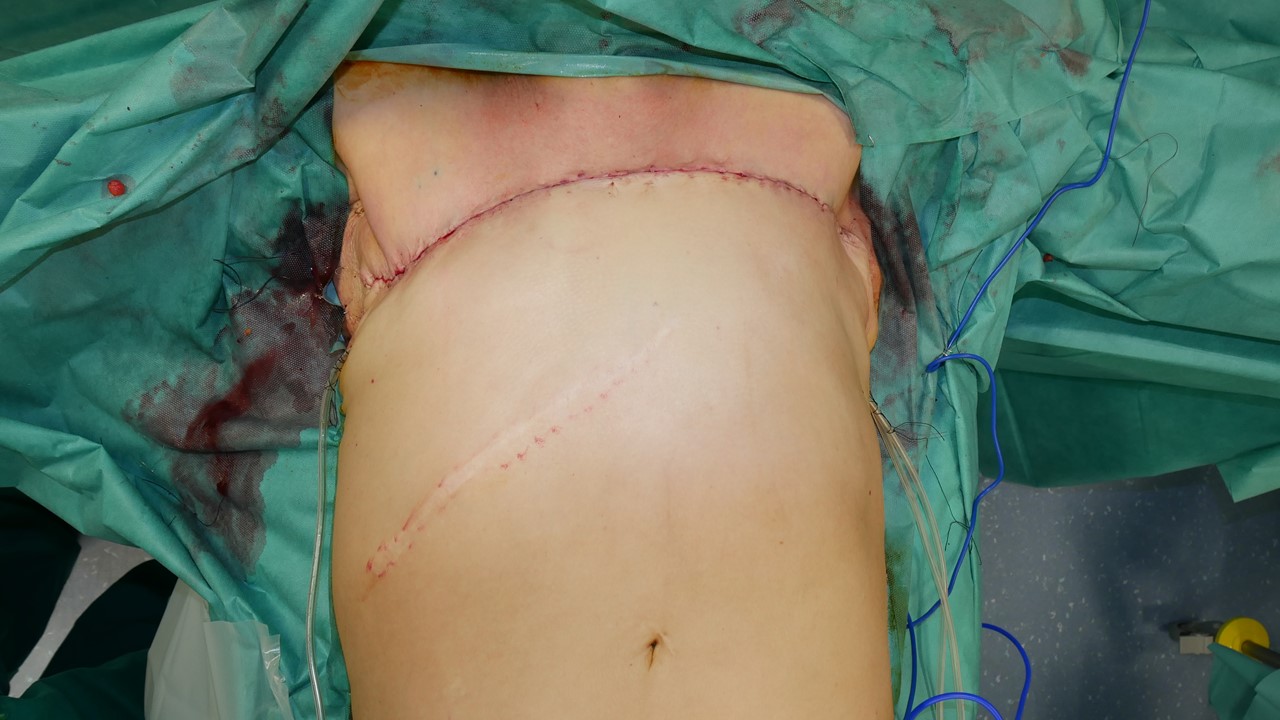